This format was looking for cultural parallels. Discussion starter was the concept of the symposium and topics such as democracy and gender complemented the dialog. The encounter concluded in an informal after-tour drink.

Symposium and Hetaerae
The drinking culture of Ancient Greek established the symposium as a gathering of like-minded people. Here, political and philosophical ideas were discussed, where women usually were excluded from, since a grecian marriage rather had a functional purpose. To entertain the men with music, dance and sometimes sexual services women (hetaerae) were commissioned. Atypical for this time, this little group of free-living women didn’t have a husband as a legal guardian. Unlike a sex worker, they were able to choose a particular admirer and even were trained to hold a sophisticated conversation…

Question: Does another group of people, with similar living conditions like the hetaerae, throughout time and space come to mind? (Mistresses in France / Courtesans in Italy and France / Geishas in Japan / Gisaeng in Korea)


Gender and Matter
Prometheus created humans and gave them fire

The Kylix, a shallow bowl with two handles and a painted decoration 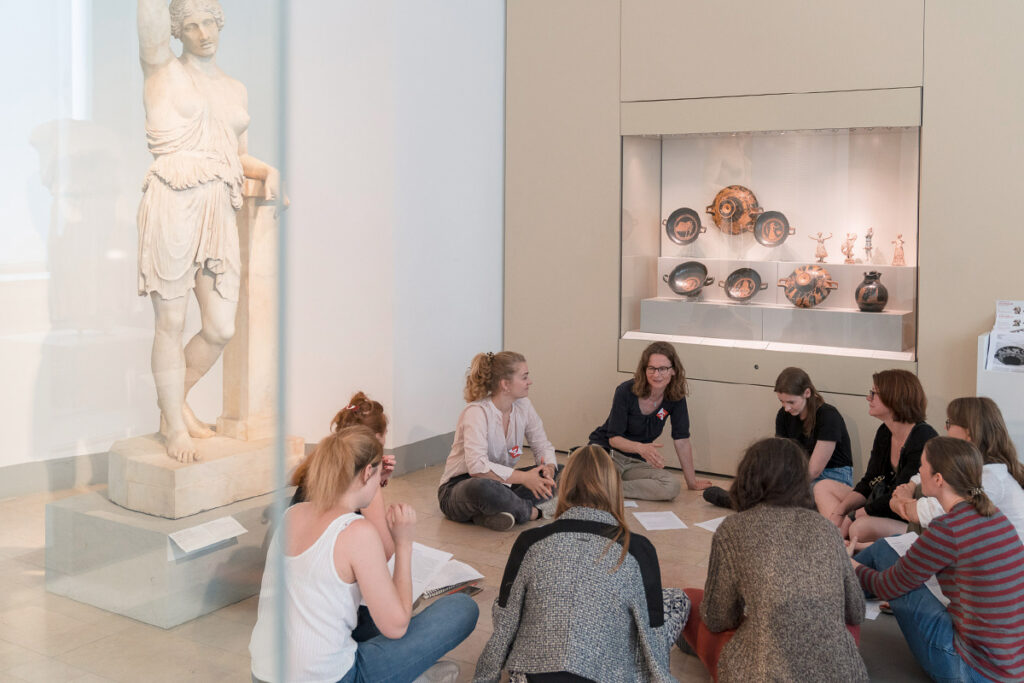 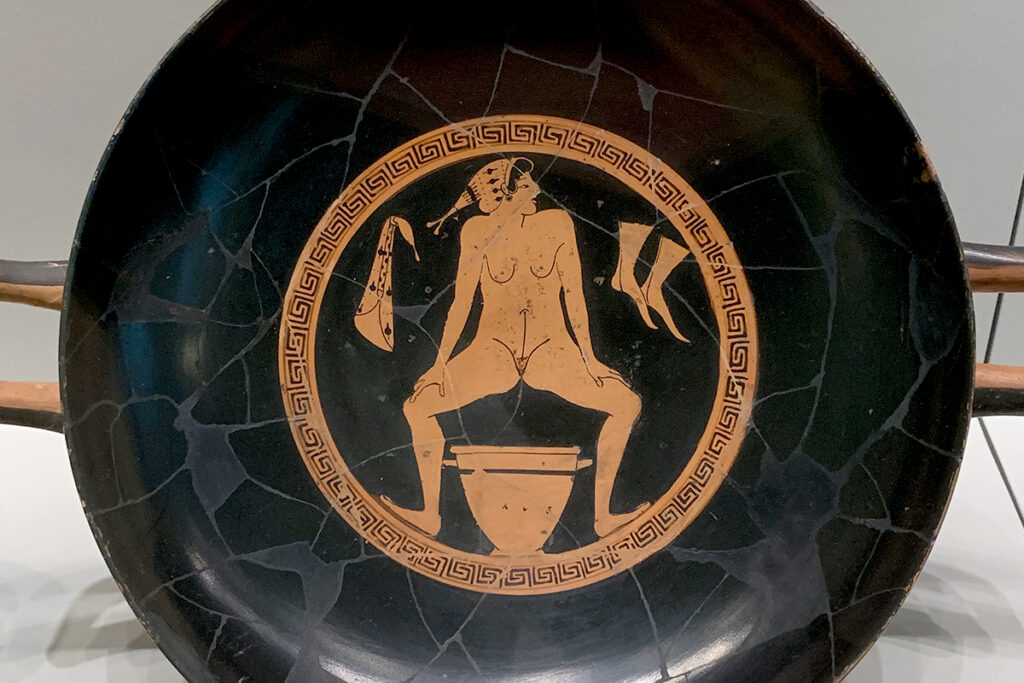 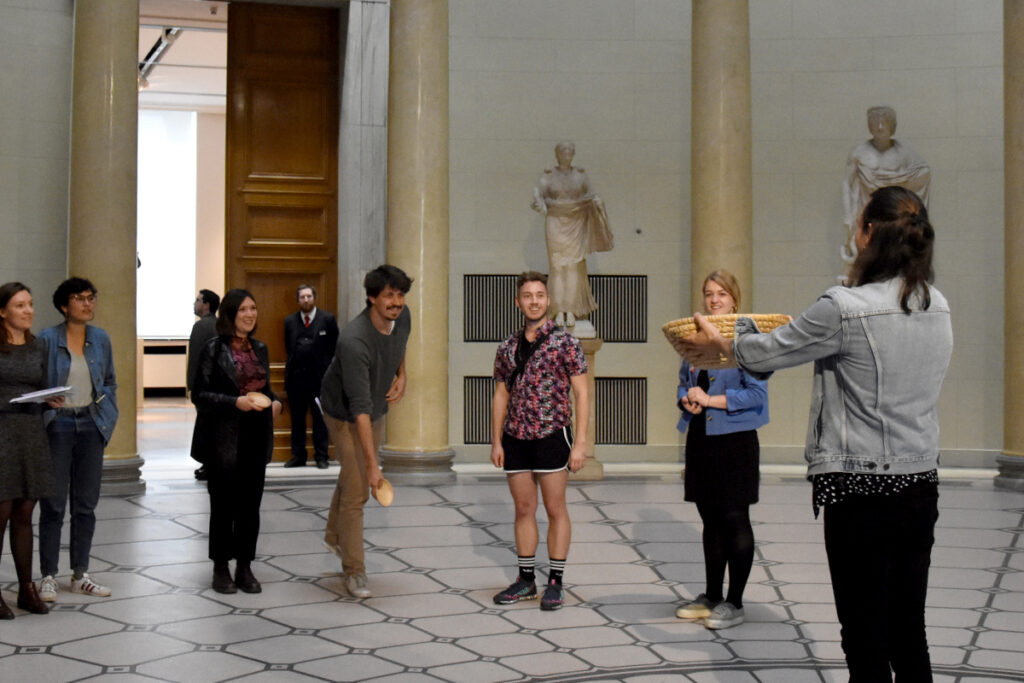 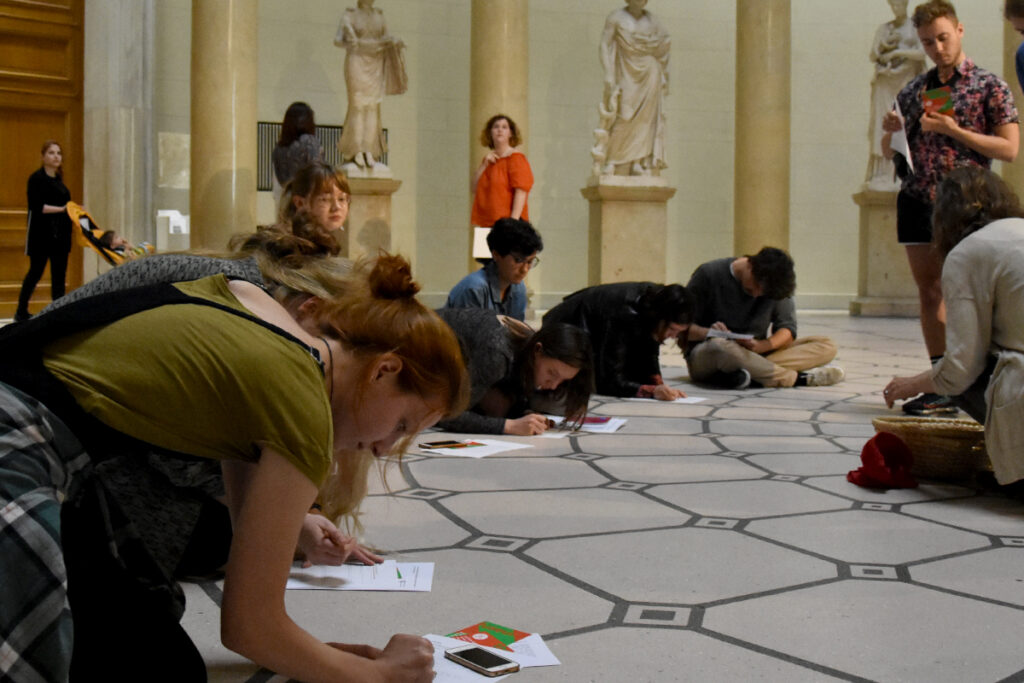 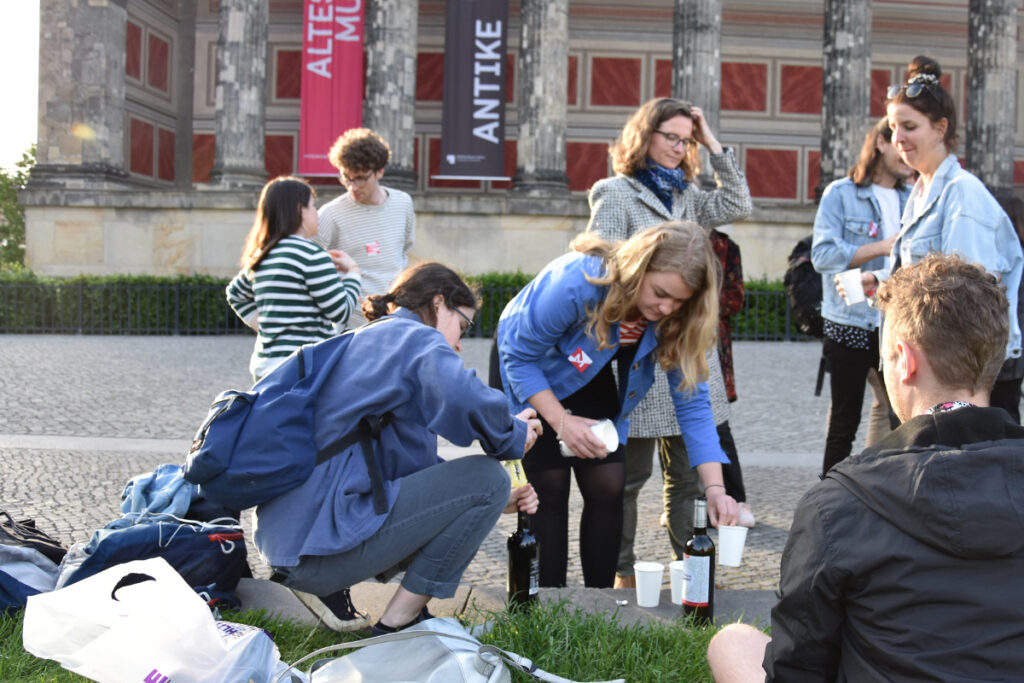 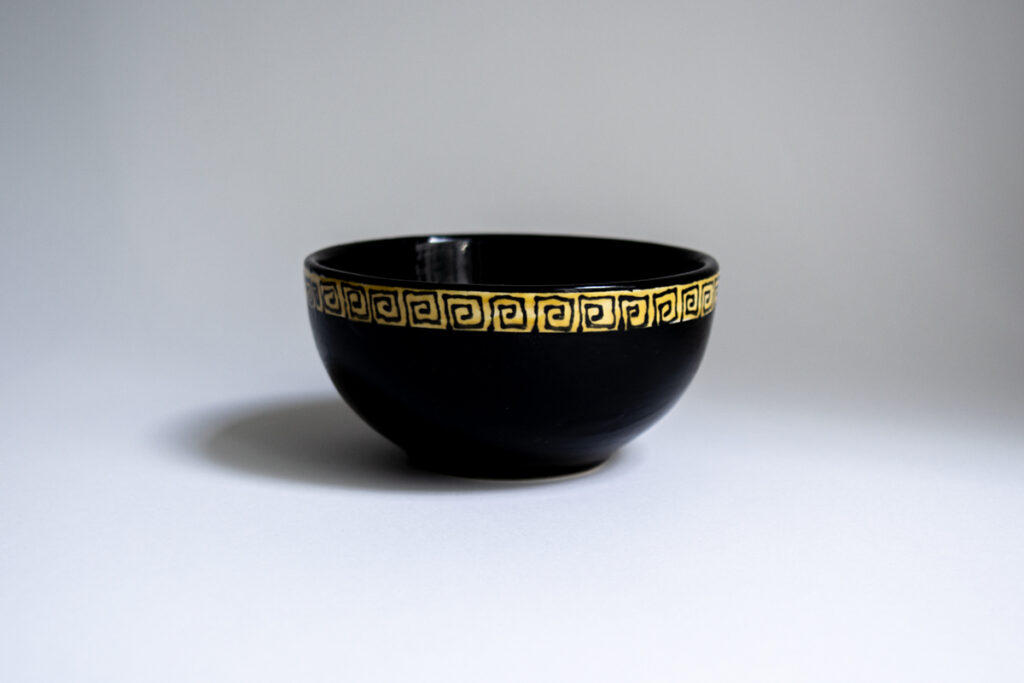 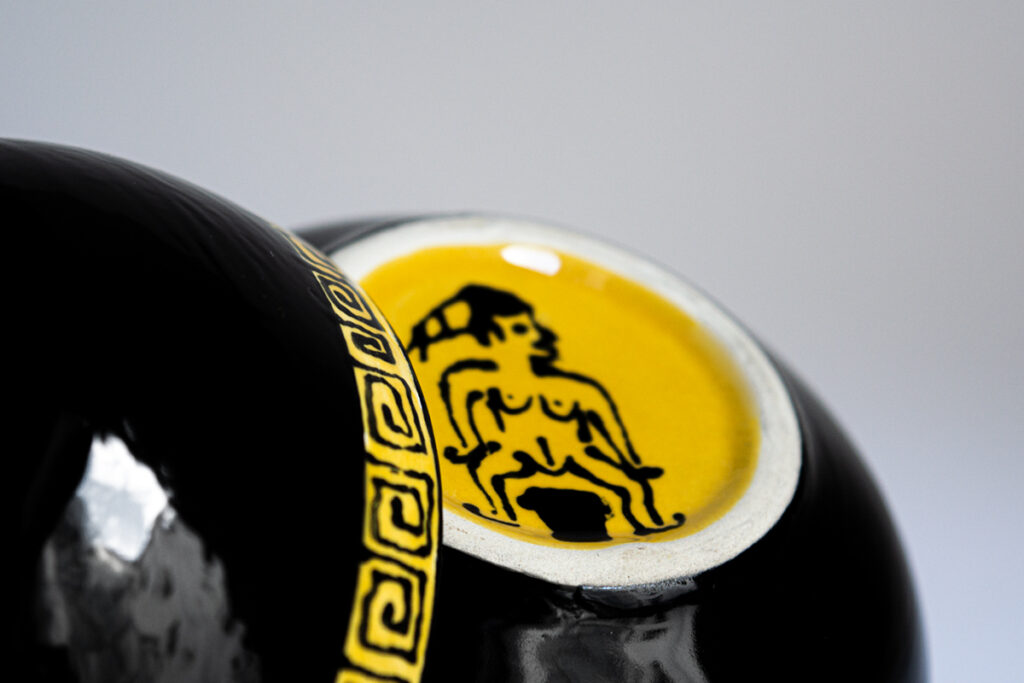